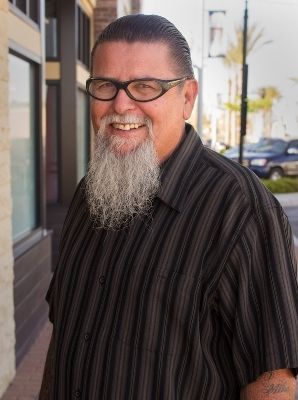 I was born in Long Beach California, grew up in Lakewood and was raised a Jehovah Witness, But then I was introduced to Jesus Christ by my nephew Gary, and became born again in February 1985.
I was saved by the prayers of God’s people. My twin brother Mike Lewis and I had a church praying for us for over a year. I was playing in the music scene in Hollywood when I was saved. I began to go to church and God touched my heart! No alter call or anyone praying with me, I just cried out to Jesus.
I first felt the calling to be a pastor about 8 years into my walk with the Lord. I didn’t answer the call because I feared of being a bad example and in James 3:1 “My brethren, let not many of you become teachers, knowing that we shall receive a stricter judgment” didn’t help. But on October 2nd 1994 I was ordained by my brother Mike Lewis.
Today, being a Pastor is a blessing. By being able to help the homeless, do marriage counseling and giving bible studies, God has truly blessed me and my family. My faith has increased so much being a pastor, Romans 10:17 “So then faith comes by hearing, and hearing by the word of God.” My kids are saved. They’re not perfect, but are saved. My family is a huge part of my life. God ordained the family and I’m so glad He did it the way He did. I love my family and my church family.

In His Service,
Pastor Mark Lewis 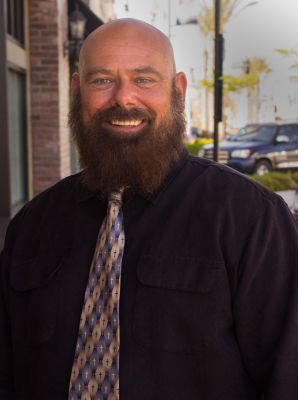 I grew up in a single-parent home with my mother raising four children. I have one brother and two sisters. I lived in Chino, California until I was 21 years of age. I moved to Rancho Cucamonga for two years, then moved to San Jacinto, California. I was raised a Catholic. I was an altar boy. I have worked many different jobs. Before moving to SAN JACINTO, I was owner operator of Tom’s Best Gardening. I moved to SAN JACINTO and my fiancé Patty worked for a Christian Doctor, who shared Christ with us.
The Lord was putting many people in my life that had personal relationships with Him. In 1992 things had gotten very rough for me. I attended a potluck Bible study and at that point many people were praying for me. One of the gentleman at the Bible study was a roofing contractor and offered me a job for the day. He had great discernment. God used him in a mighty way. It was his birthday that day, and on that day I surrendered my life to Jesus, and we celebrated two births, mine being born again. January 10, 1992 at one in the afternoon I became born-again. As John 3:3-6 talks about “Jesus answered and said to him, “Most assuredly, I say to you, unless one is born again, he cannot see the kingdom of God.” Nicodemus said to Him, “How can a man be born when he is old? Can he enter a second time into his mother’s womb and be born?” Jesus answered, “Most assuredly, I say to you, unless one is born of water and the Spirit, he cannot enter the kingdom of God. That which is born of the flesh is flesh, and that which is born of the Spirit is spirit.” From that point on I began to seek a closer walk with the Lord.
February 15, 1992 I married my fiancé. At that time we began to see the Lord do many wonderful things. That day, the Lord called me to give everything away that He did not give me, so the enemy would have no glory in my life. I gave my home to my brother-in-law (Patty’s brother) and all my furniture away. We lived with my mother and I went through Bible College.
I became a Pastor in 1999. My journey began by assisting a pastor and going to the park to feed the homeless and hungry and God said you’ve given them clothing and food for their body now I want you to give them something for their soul. So I began sharing my testimony and God put a burden upon my heart for the brokenhearted. At this point I was given the opportunity to share at a couple of churches. I realized I had a gift to interpret God’s word to people. I was nervous, scared, and happy all at the same time. I realized I had a calling.
So to wrap it up, I realize God was showing me how to have a balance. it was my personal walk with him to take care my family and to be a good shepherd of God’s flock. I serve as an assistant pastor at Free Indeed Christian fellowship and I’m the senior pastor of House of Luke Ministries, which is a ministry of restoration. More information is our website houseoflukeministries.jigsy.com.
I have a wonderful wife. We get to pray together, read together, and serve in ministry together.
I have two children, both boys, Tommy and Christopher, four grandchildren, two boys, two girls, and one girl on the way. My oldest son lives out of state. My youngest son lives around the corner and I see him every day, and we get to serve the Lord together. I’m also a pastor of Christian Motorcycle Ministry that he loves to be involved with. My wife and I have been blessed to be 30 years together. My wife and I and The House of Luke Ministry are very involved with Calvary Chapel Bible College and Murrieta Conference Center.

In His Service,
Pastor Tom Prokop 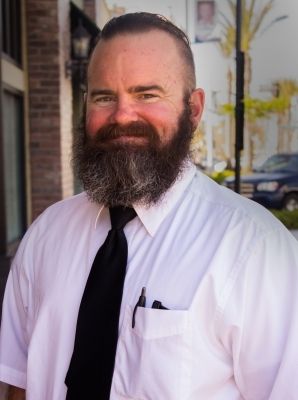 Born in Long beach, Ca but raised in the wonderful City of Orange most of my childhood. I was born to Robert and Mary on May 26, 1976. I am the last of three sons. My brothers Bobby and Justin did a lot of the raising as my mother was away working two jobs in the absence of my father. Graduating from Richland High School in 1995 I attempted to do something my brothers did not do. I joined the United States Navy right out of high school. I found myself at 19 years in the Persian Gulf on board a naval ship and it was quite an experience. From Nov 1995 to May of 2001 I honorably served my country and I am thankful I had the opportunity to do so. Although was I discharged honorably, I developed a love affair with alcohol that progressed upon my discharge from service.
In that love affair I can recall my older brother Bobby sharing Christ with me on and off at times. Unresponsive, I found myself landing in the correctional system of Orange County from time to time and finally for a long stretch in 2007. Again my brother was there to share the love of Christ with me and I remained unresponsive. Upon release from custody later in the year, I went back to what I loved and found myself getting worse and worse. The devil had a firm grip on me and he was using alcohol to kill me slowly. In late Oct of 2007 I reached out to my brother and he drove me to the Free Indeed Men’s Ranch in Perris, Ca. Although I was fully weirded out by the people, I knew I didn’t want to drink any more. Going back to court about 30 days in the program I then was takin back into custody. Through that time of incarceration I really felt the Lord revealing to me that I need to get serious about serving Him.
A walk with Christ is serious and it got more serious for me in 2011 when I was asked to become director of the men’s discipleship home. Accepting the position enabled me to show the love of Christ that was shown to me to other men who have fallen to the wiles of the enemy. Two years later I graduated from a secular college to become a substance abuse counselor but the Lord had other plans. In my internship I began to work with troubled teens who struggle with substance abuse. Developing a love for kids, I began to teach kids at our church and the love for God’s children became stronger in my life. Fleeing from the call and feeling inadequate for the position of a pastor through study, prayer and counsel I realized the lord does not call the equipped, He equips the called.
On Jan of 2015 I was ordained to shepherd the challenging youth at Free Indeed Christian Fellowship. With the days changing and kids being exposed to so much more these days, I look to the Lord for vision and guidance in shepherding these youths of today. I am a firm believer in the foundation of Acts 2:42 “And they continued steadfastly in the apostles’ doctrine and fellowship, in the breaking of bread, and in prayers” where they devoted themselves to teaching and to fellowship, to the breaking of bread, and to prayer.
Whether ministering and teaching men on the ranch or teens in our youth group, I realize as John wrote in 1 John 4:8 “He who does not love does not know God, for God is love.”

In His Service,
Pastor Zachary Mullinax